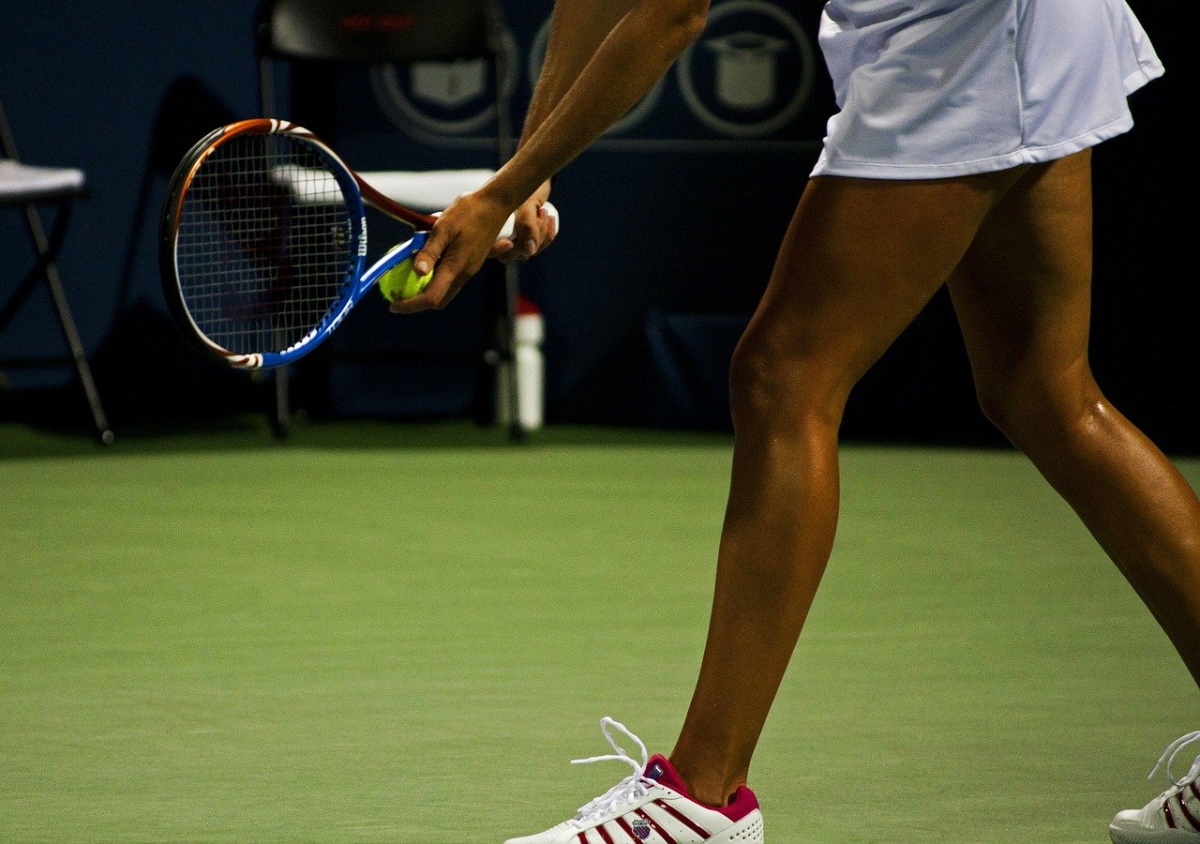 Playing tennis regularly is an effective way to exercise your body in a competitive way. It will help to improve your cardiovascular health, shed excess fat, and enhance your anaerobic fitness. Whether you’ve just launched your tennis career or you are a seasoned player, there is always room for improvement and growth. And apart from dedication and regular practice, there are various strategies that you can leverage to improve your game. Here are some powerful tips that can help you to become a better tennis player. 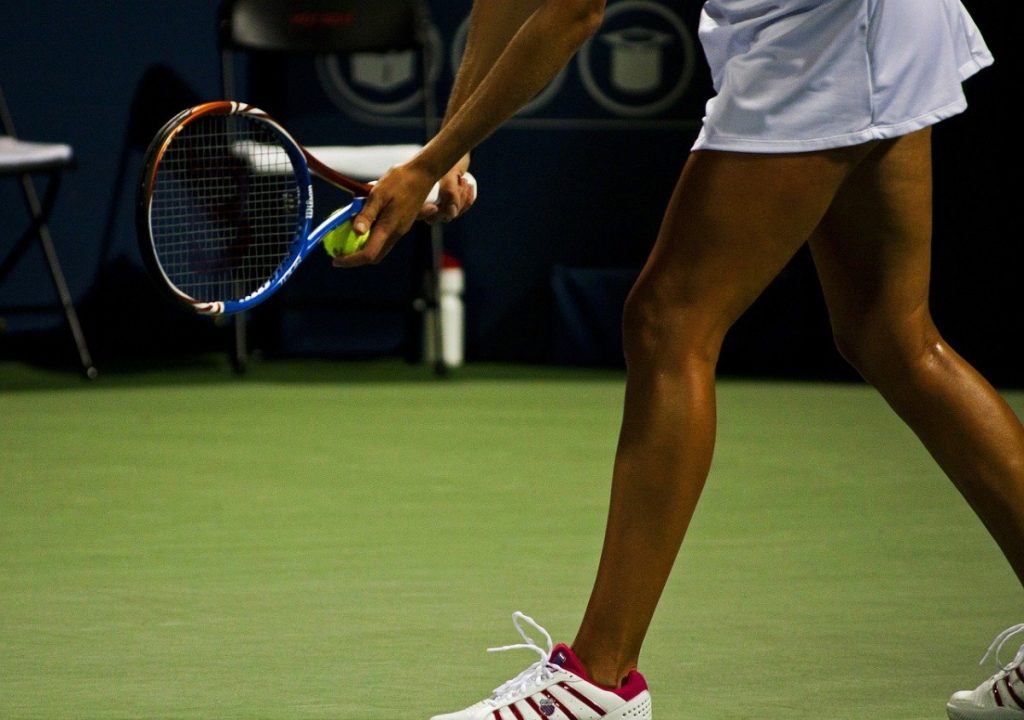 Master One Style of Play

If you want to improve your tennis game and become a better player, then it’s important to master one style of play and stick with it. The tennis court is not a place for experimentation or creativity. Seasoned tennis players usually have one or two styles that they use to win matches. Amateur players, on the other hand, tend to use different patterns in a single game. For instance, an amateur player will experiment with different shots in a single game, hoping that one of those shots will put the opponent in trouble and help them to win a match. However, that approach is wrong and ill-advised. You need to identify a style that works, build your game around it, train aggressively, and then stick with it.

All tennis players, including veterans like Roger Federer and Rafael Nadal, have their strengths and weaknesses. Before every game starts, players are usually given a five-minute warm-up. You should use the warm-up to test your opponent’s strengths and weaknesses. And you can do this by hitting some backhands and forehands and see how they return the shots. You can then use that knowledge to strategize on how you will exploit their weaknesses and respond to their strengths so that you can win the game. For instance, you can attack their weaknesses right away and force them to change their strategy. You can also take your game easy and let them work through their strengths until they start losing their momentum. When that happens, you can then exploit their weaknesses, thus putting yourself in a better position to win a game. 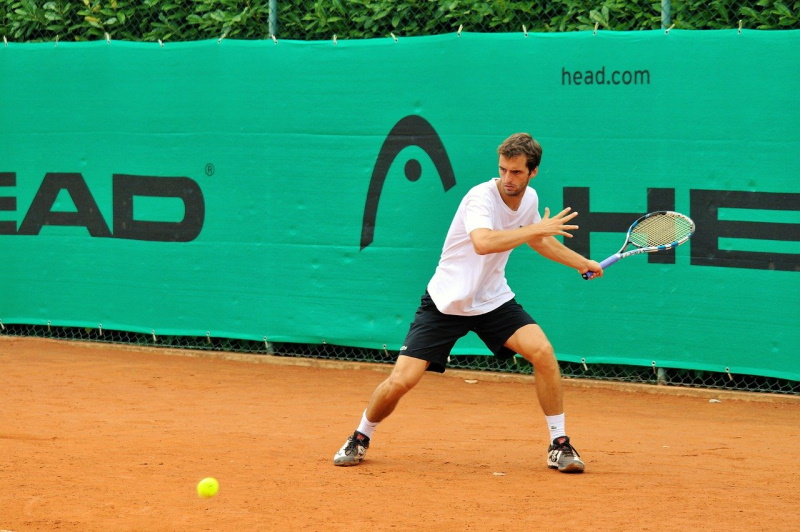 As much as you would like to play an aggressive game, you should also do it in a measured manner. And this is where rhythm control comes. Rhythm refers to the pace of the shots and the timing of the strokes. Once you master rhythm control, you will be a much better player, compared to someone who just plays randomly. For instance, if you strike the ball high and return it with a lot of topspin, you will be forcing your opponent to move out of their preferred strike zone. As a result, you will throw off their timing, which means their shot will not be difficult to deal with. Also, mastering rhythm control will help you to switch seamlessly from one type of shot to another, making it easy to dictate the flow of the game. Apart from rhythm control, you should also learn how to control the tempo, increasing or reducing the pace of your return shots. For example, you can start with an aggressive and powerful shot, and then follow it up with a softer one. By mastering the tempo and rhythm, your opponents will find it harder to keep up with your game, while forcing them to hit unforced errors. 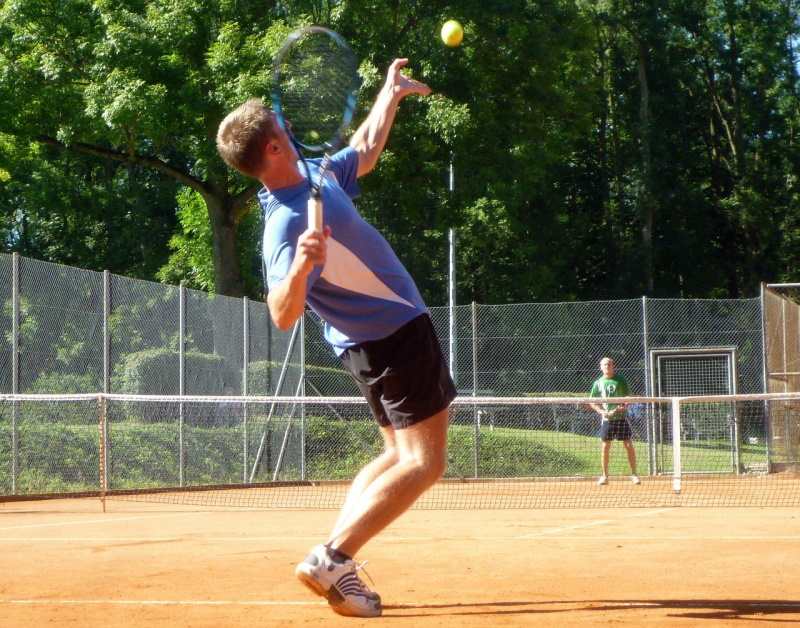 Most amateur tennis players usually focus on moving their opponents from side to side on the pitch. While this approach will give you some wins, you will come across some seasoned opponents, who are not swayed by side-to-side movements on the court. And that’s why you need to learn how to play with depth. Hitting the ball deep into your opponent’s area will increase your win percentage significantly. Whenever you push your opponents back, they will lose some stability, forcing them to return weaker shots. If you are a baseline player, you can play with depth by playing your balls close to the baseline while making sure you hit them with considerable topspin. On the other hand, if you prefer playing closer to the net, then you should aim to land your balls deep into the opponents’ weaker side. With this approach, you will not only make it harder for the opponent to pass you but you will also be controlling the tempo and rhythm of the game while reducing the angles that your opponents can use to attack you.

Play with the Right Shoes 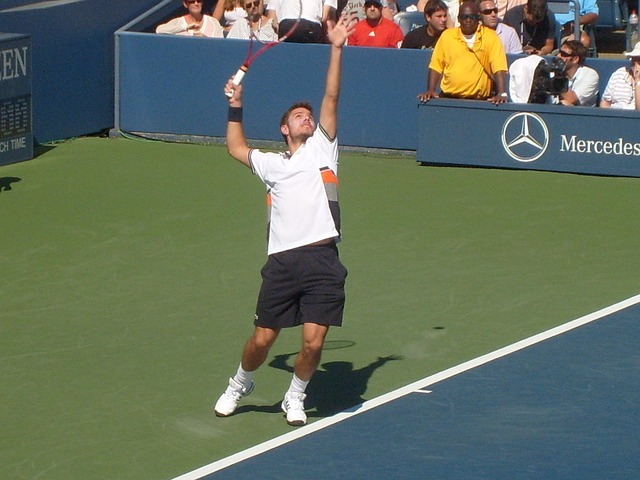 When playing tennis, the shoes on your feet have a significant impact on your overall performance. You might have a great forehand grip, an amazing backhand, and an excellent serve. But without proper tennis footwear, you will always struggle to hit peak performances. The right pair of tennis shoes will give you a firm footing on the ground, making it easy to move wherever the ball is. When buying tennis shoes, you should consider the following factors.

Different types of tennis shoes are designed for different playing surfaces. And it’s highly advisable to choose a pair of shoes that match the surface you will be playing on. There are 3 distinct playing surfaces that you will come across, in the course of your tennis career – hard courts, clay courts, and grass courts.

Hard courts: Tennis shoes designed for hard courts come with a modified herringbone tread pattern, designed to deliver the right blend of flexibility and grip on the court. Also, hard court tennis shoes feature adequate cushioning, which helps to absorb shock from the hard surface. Hardcourt shoes are also equipped with a tough upper, which provides durability and support. The toe area features hard material such as rubber, designed to protect the toes against the hard court while helping to minimize damage on the shoes.

Clay courts: Shoes designed for clay courts are equipped with a full herringbone tread pattern, which helps to keep out clay from the sole to ensure a firm grip on the court, whether you are sprinting, changing directions, or stopping. In case clay builds up on the outsole, tapping the shoes with the racket will be enough to remove it. Also, the full herringbone tread pattern makes it easier to slide from side to side, so you can recover fast and return the shots. Furthermore, it will provide the traction that you need to move backward and forward with speed and ease. Tennis shoes designed for clay courts also feature a tightly knit upper, which helps to prevent the clay from the playing surface from entering the shoes.

Grass courts: Playing on grass is much friendlier to your joints, compared to hard courts and clay courts. Also, games played on grass courts tend to be faster, when you compare them to the other courts. Therefore, when you are buying shoes for grass courts, you should look for a lightweight and flexible pair, which will allow you to move as fast as possible around the court. Tennis shoes for grass courts feature nubs on the outsole, instead of the usual herringbone pattern. This tread pattern will provide adequate traction when you are playing while minimizing the damage on the court surface. Grass court tennis shoes can only be used on these courts. 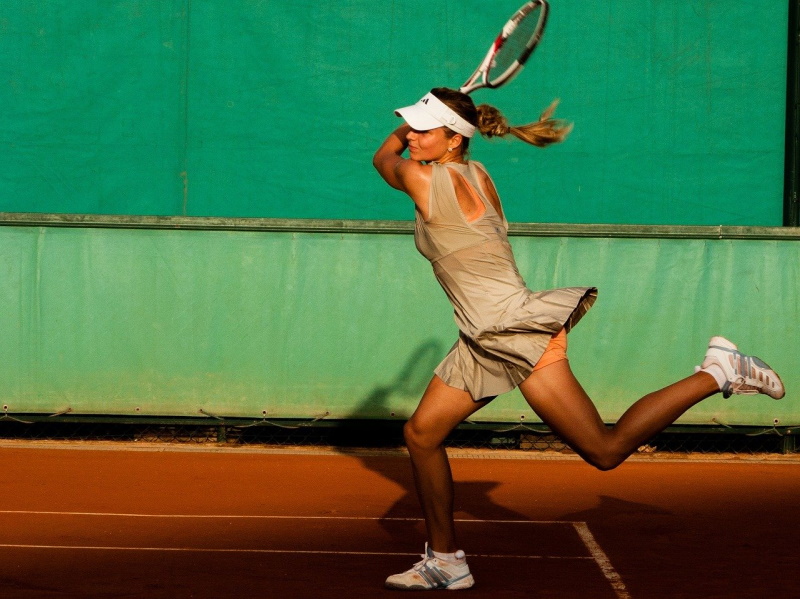 You also need to consider your playing style when you are choosing tennis shoes. For instance, if you are a baseline player, then you should choose shoes that have ample lateral support. Their outsole should also be highly durable, due to the constant lateral movement. On the other hand, if you are a serve-and-volley player, you should buy shoes that have a durable toecap or a reinforced toe, since you will be sliding your back foot plenty of times along the court. Also, if you are a serve-and-volley player, your tennis shoes should have a medial inside the arch.

Just like any other type of footwear, comfort is vital when it comes to tennis shoes. And comfort relies on how your shoes fit. Ideally, your tennis shoes should not be too loose, too wide or too tight. As noted earlier, tennis involves lots of instant stops, direction changes, and other movements. If the shoes you are wearing are too tight, then you will definitely end up with a wide range of foot problems such as soreness, corns, and bunions, among others. On the other hand, if they are too loose, they may result in abrasion, hot spots, and blisters. Also, your shoes should have adequate ventilation. As you play tennis, your feet will sweat, just like other parts of your body. Accumulation of sweat will make the inside of the shoes slippery, leading to chafing and bruises. The build-up of sweat will also lead to unpleasant foot odors. It’s, therefore, important to choose shoes that have ample airflow.

There are no shortcuts when it comes to improving your tennis game. Therefore, don’t be too hard on yourself. You might sometimes miss an easy shot or even lose a game that you were leading. But as long as you are constantly working on improving yourself, you will eventually become a better player and your win percentage will soar.

Essential Hiking Gear: How To Pack For Your First Hiking Trip