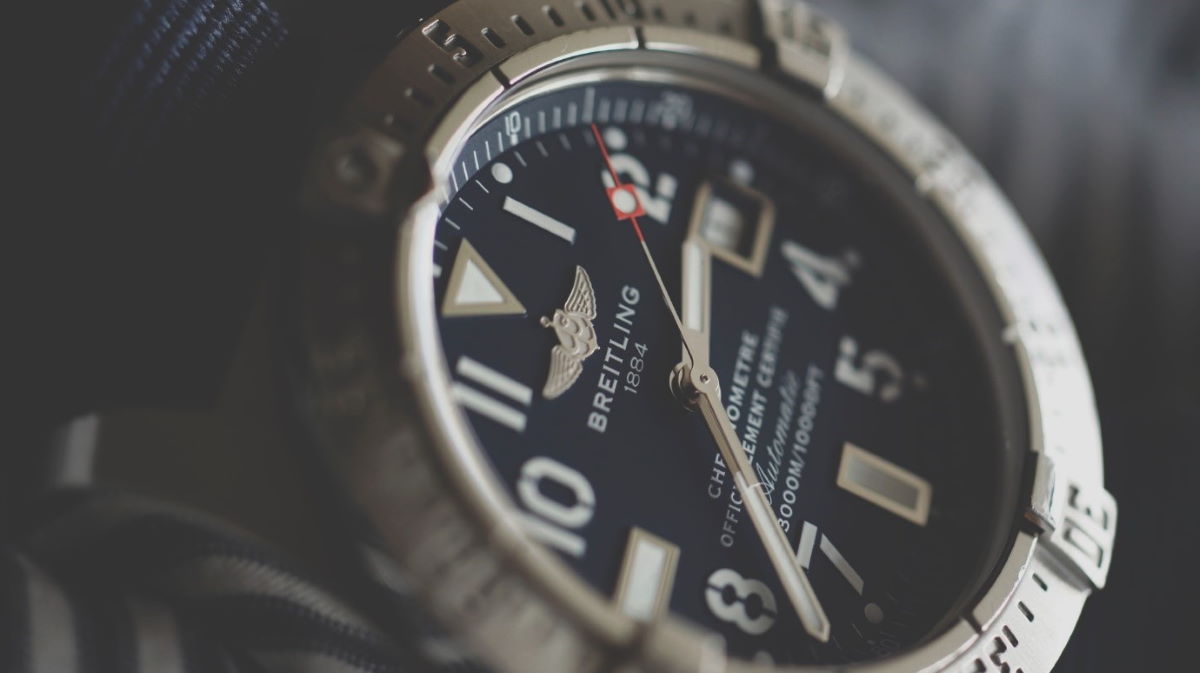 Recently, I was in the market for a new watch. Having already written a review of military watches right here on Boot Bomb some time ago, I figured I’d go for another military one. Next to hiking, I like outdoor devices as well. I am a man, after all. And I can just never get enough of watches.

One watch that I really like, is the Bulova A-11. It’s the watch that won the war! My grandfather had such a watch. It’s what started my fascination with them. They are hard to come by. Sometimes, you can catch one on Ebay. In this case, a friend of mine, who runs watchshopping.com, came across one and let me know about it. I snapped it up pretty quickly. Couldn’t let it pass me by.

I’m very happy with my A-11. It inspired me to dive deeper into the history of military watches, which resulted in this post, in which I describe my findings. Enjoy!

The Beginnings Of Military Watches

Wristwatches had no definitive date of existence and were considered a modern innovation linked to military action and wars during the end of the nineteenth century. Before the invention of military watches, wristwatches were known to be made explicitly for aristocratic women, while men used pocket watches.

However, the first evidence of men wearing wristlets or wristwatches was certainly during the First World War. Many believed that Girard-Perregaux mass-produced wristwatches for the German Imperial Navy. Wristwatches during that time looked like a pocket watch attached to a webbed leather cup, allowing you to use both hands and have more mobility.

Military watches were designed to keep track of time under harsh conditions and included unique features that made their way into the market over time. Although the purpose of the design of these watches was for people who risked their lives in combat, watch enthusiasts began collecting them.

Read on to learn more about the history of military watches. 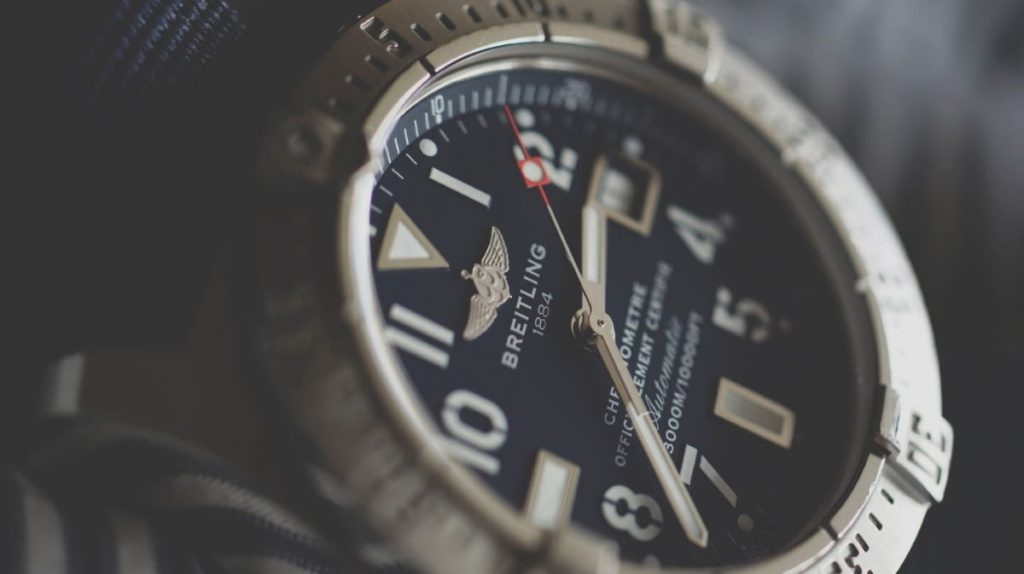 Qualities of a Military Wristwatches

Military watches don’t necessarily have a categorized list of attributes, but there are traits needed for it to qualify as a combat-ready timepiece. Below are the following characteristics that are commonly found in military watches.

The watch should be easy to operate and read. It shouldn’t have unnecessary features that will hinder its purpose. For instance, a cluttered dial, it can be challenging to tell the time with all the present subdials. Also, having a rotating divers’ watch bezel that’s hard to rotate makes it almost impossible to use underwater.

The watch should have a luminous compound on the hands and dial or a backlight to allow you to keep track of time under low-light conditions. A feature for illumination is needed since watches worn in combat should be covered, especially during night time. This feature prevents enemies from spotting the luminous dial from far away.

The cases of the watch should come from a material that is highly resistant to corrosion, and able to withstand impact and harsh environmental conditions. During the nineteenth century, there was a shortage of stainless steel due to the wartime, nickel-coated metals or sterling silver was used as an alternative.

However, nowadays, plastics are becoming a common use to make military watches in addition to steel because it’s extremely tough and lightweight.

Watchmakers should be able to quickly work on a watch when the parts need to be necessarily changed or upgraded. Parts of a military watch will break if used regularly under adverse conditions. If the watch is too complicated to work on, it’ll prevent the watch from operating as usual.

Whether the military watch features quartz or mechanical movement, it should be dependable at any adverse conditions. The watch should be able to function at high altitudes, or in cold and heat conditions. It’s vital that if the watch is battery-powered, the batteries should be efficient and very long-lasting. 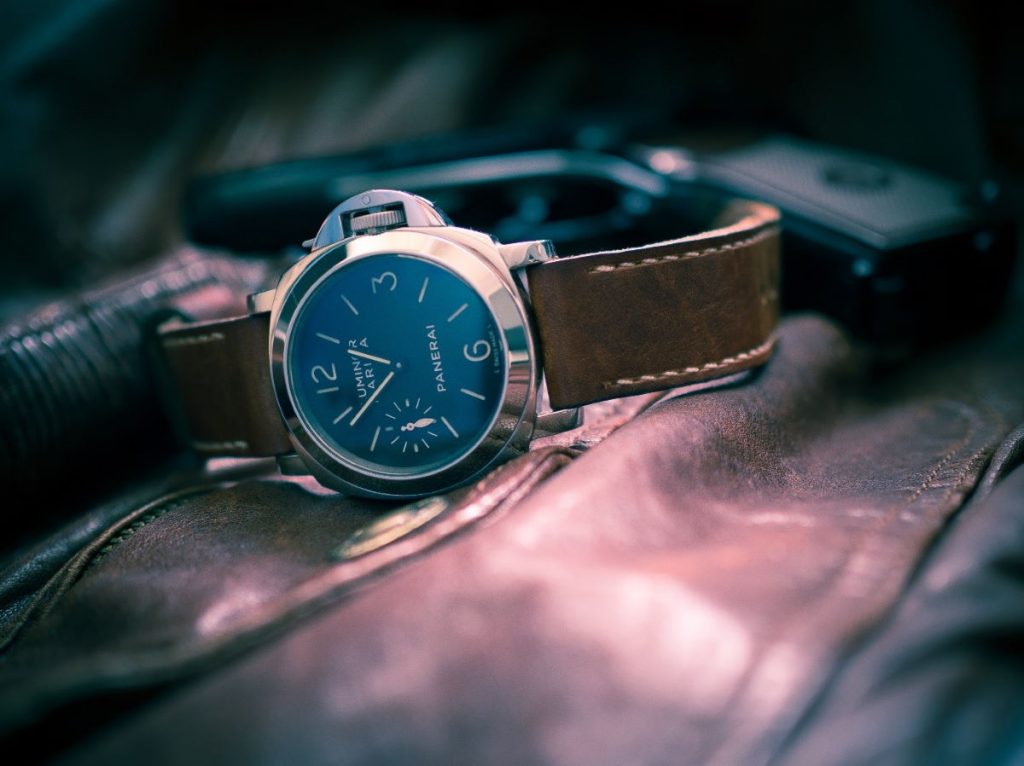 Military Watches and Their History

There are several world-known military watches, and it’s not only because of their brand but, due to the overall quality and design of the watch. These military watches allow soldiers to synchronize and integrate precision attacks against enemies with ease. Here are the most famous military watches, each with a brief history and explanation.

The Military Watch That Won The War

The A-11 time-only watch is an American production standard produced by American companies which were preferred by the military and not an actual brand name. The first design of the A11 had flat bezels, 15-jewel hacking movement, and a white dial with coined edges. The simple design of the A-11 watch enabled the military to keep track of time, even in the dark.

After 1942, the design of the A-11 watch was changed to a chromium-plated brass case, white Arabic numeral file and hands, 60-minute graduations, and a black dial. The A-11 watch also had a unique feature in which the second hand can be paused for a specific time setting.

The 15-jewel hacking movement specification of the A-11 needed a center-seconds movement. This specification included an extra jewel and a second-hand pinion to allow a feature called hacking.

A-11 watches require a feature known as hacking, by pulling out the crown, the second-hand pinion will completely stop. This feature allowed the Allied forces to synchronize their watches and have precise timing with ease. During the war, when a briefing officer yells “Hack!”, soldiers will simultaneously push in the crown and begin to move.

The A-11 watch was exclusively given to aerial corps, but after higher officers knew of its features, the infantry corps started having them. That’s when it became common to find soldiers wearing a military watch. Also, apart from the effectivity of the timepiece in active battle, it kept the soldiers punctual. 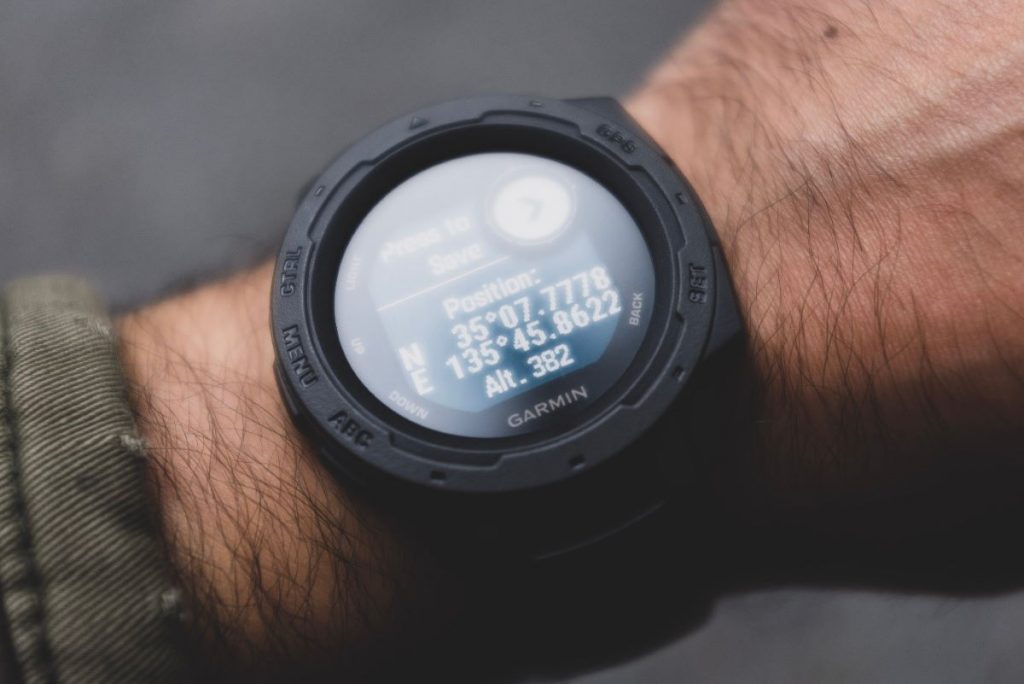 Before the twentieth century, women exclusively wore a small timepiece as a pendant on a bracelet, otherwise known as a wristlet. Men declined to wear wristlets because they thought them to be unreliable and feminine.

Pocket watches were still the standard timepiece for soldiers at the beginning of the First World War. Watches were also used by non-combat personnel such as telegraphists, telephonists, and signallers to timestamp received messages.

It didn’t take long for watch manufacturers to realize the usefulness of wristwatches in the war, because a massive demand for watches started to change their market. Over time, more and more soldiers required a timepiece on their wrists to assist them in active battle. Following this, wristlets were no longer exclusive to women, but also the military.

In 1917, the British military issued a limited number of military watches with a luminous radium-coated dial with an unbreakable glass crystal. The overall design and functionality of the watch seemed like it was made for engineers and signals personnel.

During the First World War, the British War Department tested several Swiss-made wristwatches with unsigned movements that had radium hands and black enamel dials. The military favored the screw-back models of the Borgel or Dennison type because they were more suited for combat conditions, unlike snap-back cases.

The most known military watch of Great Britain was the Army Trade Pattern or ATP watch. The ATP watches specifically the Dirty Dozen were manufactured by several Swiss companies who shared the same characteristics in producing watches.

The ATP watches were made between 29 and 33 millimeters in diameter, featuring a white or silver dial with luminous hands and indices, and running either central or sub-seconds. It’s also unknown whether the British military watches were waterproof because no military specification sheet has surfaced.

Back in 1879, the German emperor Kaiser Wilhelm I, made a deal with the Swiss watchmaker Girard-Perregaux. Constant Girard was ordered to produce 2,000 wristwatches to outfit Wilhelm’s Imperial Navy. The wristwatches were ordered in two sets of 1,000 pieces each.

Constant Girard made the wristwatches in 14 karat gold to prevent the watches from rusting. The design of the watch had black dials with luminous numerals and had shrapnel guards as cover. However, these watches never caught on during the First World War due to its limited market.

Moreover, during the Second World War, there was a considerable amount of time-only wristwatches issued to the German military. The German government made a deal with a contractor to supply watches with the requirements provided by the government.

The design of these watches had either white or black dials with luminous or non- luminous numerals and hands, with the size of the watch between 31 and 34 millimeters. Further, the watch had fixed strap bars and plastic crystals, and either a screw-back or snap-back chrome or stainless steel case.

The features of the German wristwatches start with hand-wound, 15-jewel movements with 30-minute and running sub-seconds or sweep seconds counter. In addition, the watch also had central flyback chronograph second-hands, and either a smooth-fixed or knurled rotating bezels.

Due to the German watch having more than 30 manufacturers involved, the engine of the watch was called the Schild AS1130 movement or the “Wehermachtswerk.” Later on, the German timepieces were referred to as ‘..D.H. watches’ which many believed it stood for “Deutsches Heer” or German army.

Military watches have come a long way, and each brand of watch that is known today all have a long and rich history. Due to the history of these watches that surfaced mostly during war times, features of military watches are still being innovated and improved as we speak.

The history of the military watches from America, Great Britain, and Germany show us that even a time-only watch can have a significant impact on synchronizing and coordinating. Today, watch manufacturers are continuing to improve and innovate our military watches with the use of technology. Thus, helping not only the military but civilians too.

10 Necessary Tools You Need to Have the Ultimate Outdoor Adventure