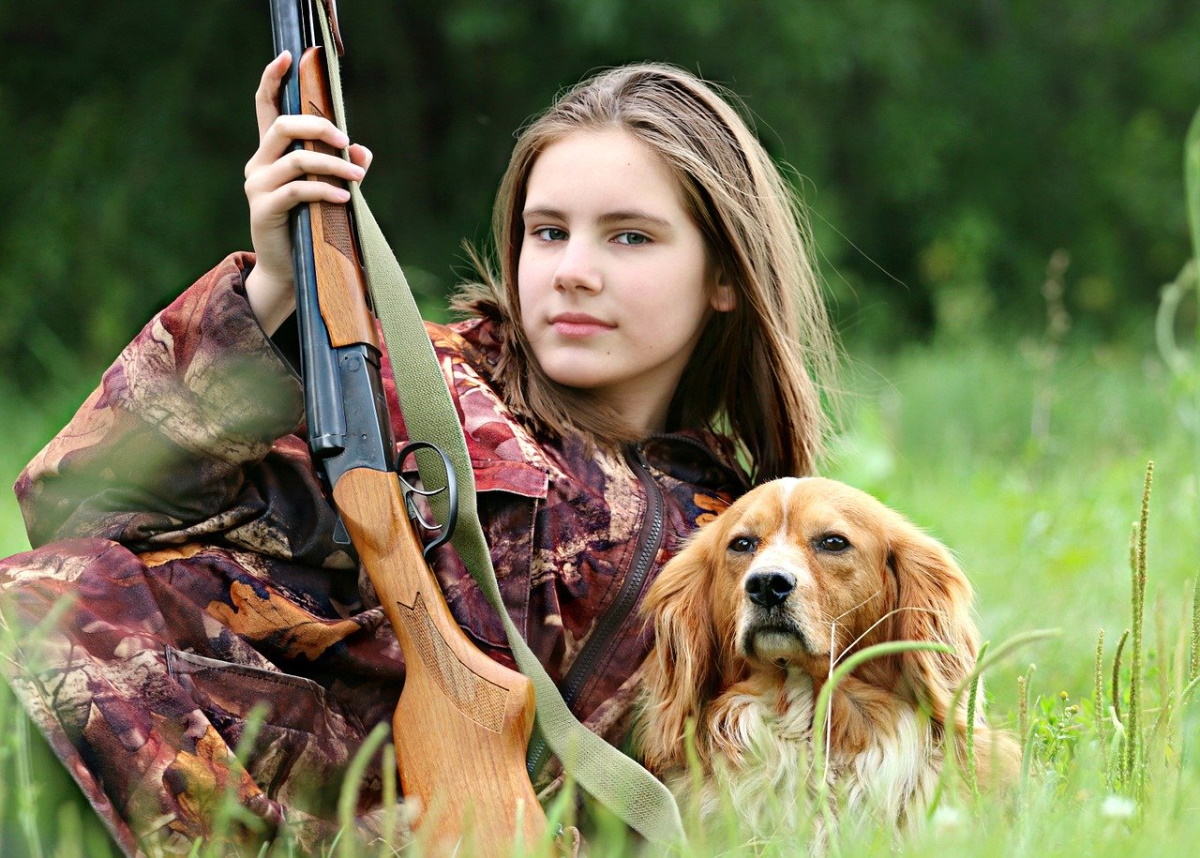 Hunting is a popular outdoor activity, which you can do alone or with a group of friends and family. Apart from the physical benefits of keeping you fit and improving your balance, hunting also enhances your survival skills and boosts your concentration significantly. However, hunting can also become a frustrating affair, if you are always walking home empty-handed after a hunting trip. As much as you might have invested in the latest hunting equipment and gear, visiting the wrong hunting spots will not yield any results. Therefore, picking the right spot is important, whether you are a small game or a big game hunter. With that said, here are some of the best hunting destinations in the U.S where you are assured of enjoying a successful hunting trip. 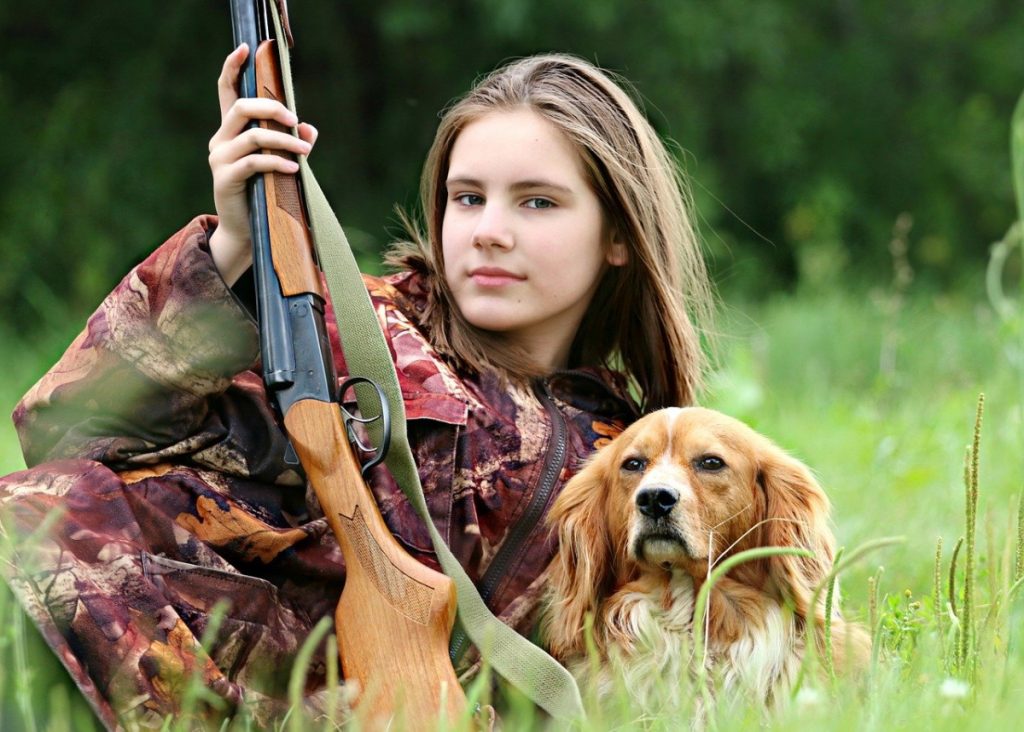 Just like its name suggests, Salmon Idaho is a great hunting destination for passionate anglers. You will find various species of salmon, trout and various other types of fish. And if you feel like taking on big game, then your options are almost endless. Salmon Idaho is full of deer and elk. However, the recent emergence of wolves has reduced their population. This area also has a decent population of mountain lions and bears. Idaho also boasts various species of upland game birds like the blue ruffed, franklin’s grouse, Hungarian partridge, and the mourning dove, just to name a few. The Canadian geese, teal and mallard are also available in considerable numbers while the spruce goose and the blue goose dominate the higher elevations. It’s important to note that if you wish to hunt wild sheep and goats, moose or cougar, you will have to obtain a special permit from the Idaho Department of Fish and Game.

Every year, more than 350,000 hunters visit West Virginia every year, injecting approximately $270 million to the state’s economy. West Virginia is a hunter’s paradise and one of the most popular hunting destinations in the U.S. Hunting is allowed in all the state’s wildlife management areas and forests. Some of the animals you can hunt in this state include the wild boar, bear, deer, ruffed grouse, squirrel, turkey, and the bobwhite quail, among others. The elk has also been recently introduced in this state. Currently, its population is around 100 and before long, this state will become an elk hunting destination. Mason, Lewis, Jackson, Monroe, Ritchie and wooed are among the most popular hunting areas in this region. Your hunting location and the time you will visit will depend on the game you intend to hunt. For instance, the wild boar hunting season starts in late October and runs all the way to early February while the deer hunting season opens in mid-November and closes in late December. Also, you should note that different hunting weapons have different opening and closing hunting seasons. Therefore, ensure you check with the state’s department of Division of Natural Resources to know where to go when to go and the weapons allowed. 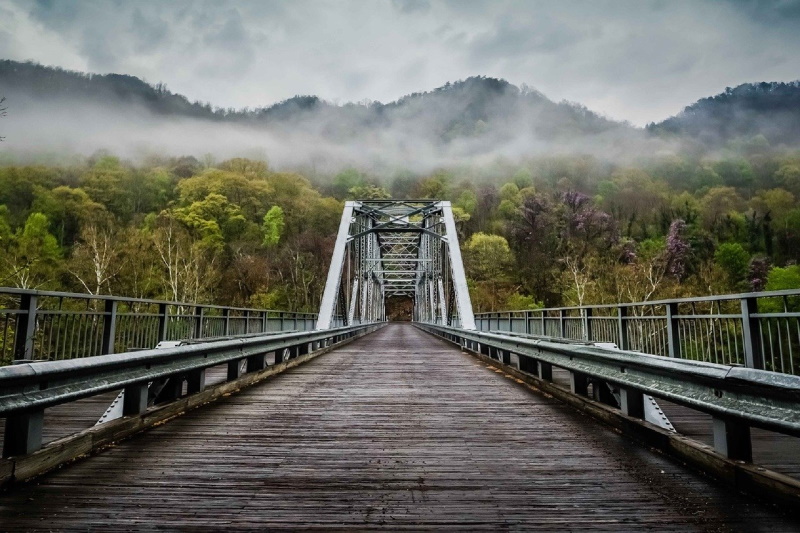 Without a doubt, Louisiana is one of the best locations in the U.S when it comes to duck hunting. From the grassy coastal marshes to the flooded hardwoods in the north, you can find ducks almost anywhere in this state. The presence of slow-moving creeks and plenty of swampy backwaters attract thousands of ducks from September to January every year. And the good news is that most of these ducks are found in public land. This state sports over 1.3 million acres of forests, parks and other state-owned wildlife management areas. Approximately 8,000 square miles of Louisiana is covered in water, thus providing the perfect opportunity and environment for duck hunting. As much as ducks are present in almost all areas of this state, the Atchafalaya basin, Catahoula lake, and the Russell Sage Wildlife Management Area tend to offer the best duck-hunting spots.

If you are a big game hunter, then you should visit Appleton, Wisconsin. This region has plenty of large bucks, whitetail deer as well as grizzlies. As you might probably know, bigger game is quite harder to take down, which means you need to be adequately prepared. Therefore, ensure you spend the off-season enhancing your hunting skills. Also, ensure your hunting boots are comfortable enough since you might spend quite a number of days tracking a single buck. Some advice from the local hunters, combined with data from your hunting GPS should help you narrow down to the specific areas where you can land a trophy. And if you can’t manage to take down a bear or a dear, then you can head down to the south, where you will find hundreds of geese, which migrate there every fall. With more than 660,000 acres of open hunting grounds, it’s almost impossible to walk home empty-handed. 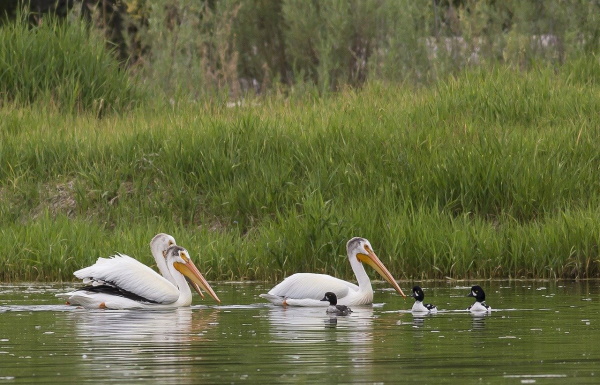 With over 53 million acres of open hunting land, only a few states in the country can match what Idaho offers when it comes to hunting opportunities. Idaho boasts both magnitude and variety. Whether you are a big game hunter, a small game hunter or you prefer spending most of your time fishing, Idaho offers a wide range of hunting opportunities. Some of the publicly-owned hunting grounds include:

Texas is one of the most overlooked hunting destinations in the U.S. As one of the driest regions in the U.S, most people naturally assume that you cannot find deer in Texas. However, that assumption is wrong. Compared to other areas, Texas has one of the highest populations of mature bucks, ready for harvest. Another reason why you should consider Texas as your hunting destination this season is that it has a high population of antlered buck in harvest. Also, there are large tracts of open, prime land in Texas, which is available for hunters. In fact, there are approximately 1.6 million acres of hunting land in Texas, which is available to the public. While in Texas, make sure you visit the Dallas area, which is renowned for its high deer population. Also, check out spots like Lone Star State and the Greystone Castle Sporting Club. Apart from these two, you should also visit the King Ranch which is located in the south of Texas. With large tracts of open hunting land combined with a high deer population, Texas provides great hunting opportunities. Also, there are no restrictions in Texas, in terms of the hunting weapon you can use. Therefore, whether you prefer a shotgun, a rifle or a crossbow, the choice is all yours.

Also known as the Grand Canyon State, Arizona offers plenty of hunting opportunities all year-round. The northern region features a mix of pine forests, mountain ranges, canyons, and plateaus, while the southern area is mainly a desert. Depending on the area you choose, you can hunt species like the mountain lion, coyotes, buffaloes, and rabbits. Some years back, you could only hunt the mountain lion during the summer months. However, all that has changed, and you can now hunt this animal throughout the year. Hunting of the mountain lion was extended to all year due to its rising population. Just like the mountain lion, coyotes can also be hunted all-year-round. Other huntable species that you can find in Arizona include black bears, pronghorn antelope, bison, Merriam turkeys, mule deer, white-winged doves, mourning doves, blue grouse, band-tailed pigeons as well as various species of geese and ducks.

Located in the Southeastern part of the U.S, South Carolina also offers amazing hunting opportunities, especially for deer hunting. This state ranks first when it comes to the number of deer harvested per square mile.  It’s advisable to start your hunting trip at Orangeburg, where you will find the highest number of bucks per square mile in this state. Apart from the high number of bucks in this area, Orangeburg also has several hunting clubs, where you can drop by and interact with other hunters.  Some parts of South Carolina are open for firearm and archery hunting, making it one of the few states in the country where rifle hunters have a chance of taking home a buck. 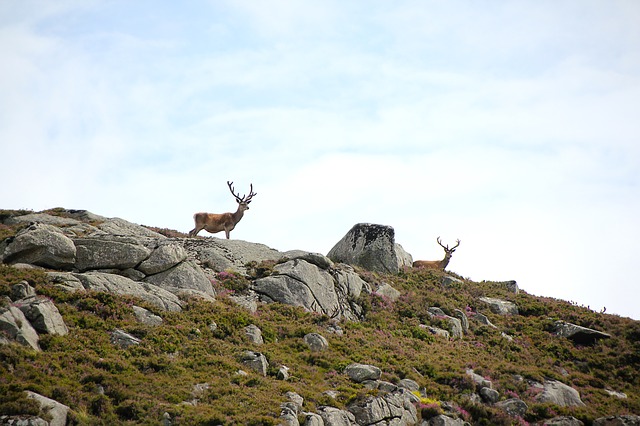 If you are looking for a deer hunting destination, then Montana should be on the top of your list. One of the reasons why you should consider Montana as your next deer hunting destination is that there are numerous resources that favor the wellbeing of this animal. For instance, there are numerous river drainages on the eastern side of the state like Tongue, Missouri, Yellowstone, and Powder rivers. The remoteness of these areas provides prime hunting spots for the deer. Also, hunters in the area grow crops such as alfalfa and corn, which favor the thriving of the whitetail deer. Furthermore, hunting pressure in this state is fairly low, making it easier to take home your kill, compared to other states. Apart from the water and food sources, Montana has approximately 30 million acres of nature reserves, which provide a perfect breeding ground for the deer. As much as you might have to pay more than natives to hunt in this state, your trip will be worth the time and the money spent.

As you can see, you have numerous options to explore when it comes to hunting destinations in the U.S. But regardless of the destination you choose, always make sure you have the appropriate hunting licenses to avoid issues with local authorities. Also, ensure you familiarize yourself with the hunting regulations and rules of the area that you choose to visit. And most importantly, make sure you have adequately prepared for your trip, whether you will be hunting close to home or in another state. Happy hunting!

How to Dry Shoes in Quick & Easy-to-Follow Steps