Recently, I got into boot knives. I even posted an article about it, explaining to my dear readers how exactly to go about mounting those. Now that the novelty has worn off, I needed a new knife.

A different one, this time around. It had to be a tactical pocket knife. After some browsing the web, I found this page, that lists quite a few of them.

After much research, I ended up going with the Benchmade and I have no regrets so far.

During my research, I’ve come across many brands that manufacture pocket knives. I had no idea there were so many. It gave me the idea to write this post. 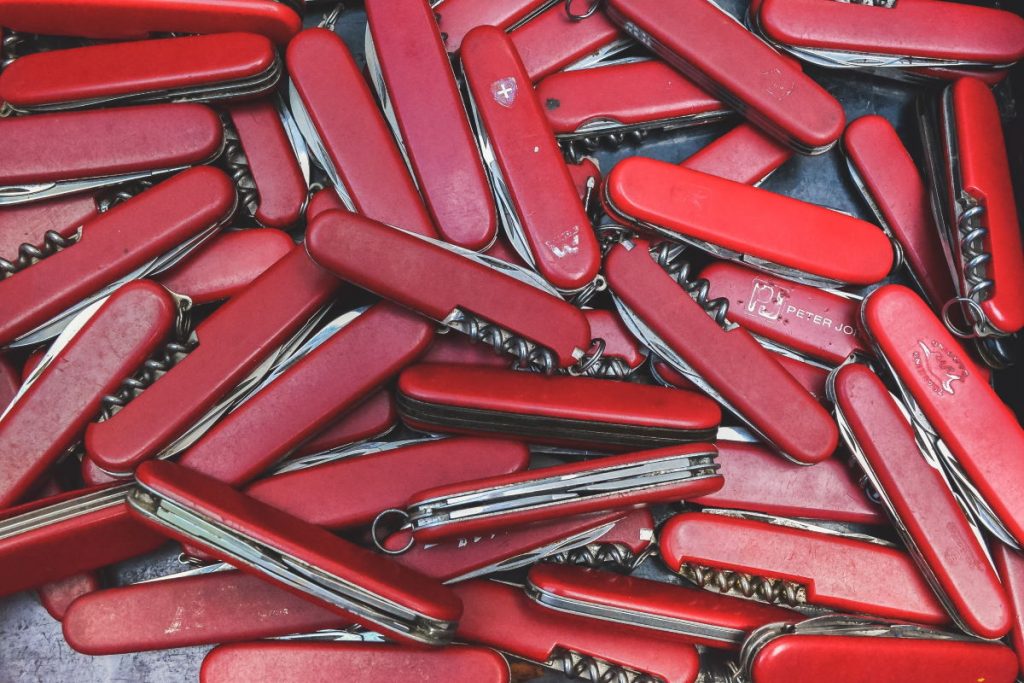 If you’re planning on buying a nice pocket knife of your own, then it’s crucial not to buy any knife… but only the one that precisely fits your needs. Many different brands produce knives, but some are not worth the money. That is why you should rely on one of the more reputable knife companies, where you can find any knife for every budget. The companies listed below are some of the best in the knife business, and you can be sure that you find the perfect pocket knife, for you for a reasonable price and quality. 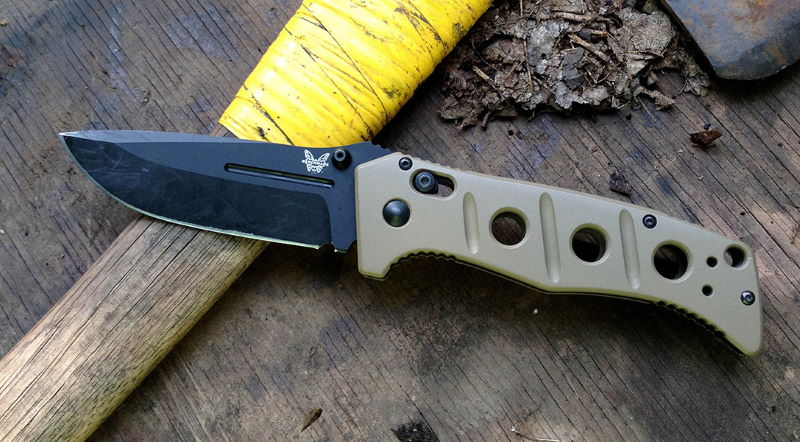 Benchmade was founded in 1988 in California with the aim of developing and manufacturing the best knives in the world. After moving their headquarters to Oregon City, Oregon, in 1996, they have stayed true to their promise and have been producing high-quality knives ever since. Although Benchmade provides other gear and tools, the main focus lays on improving and customizing knives. Especially in the field of foldable knives, Benchmade has become a leading manufacturer and household name. Their most famous pocket knife to this day is the Griptilian, which has become recognized as one of the best pocket knives ever to be produced. This knife and others can also be customized and personalized on Benchmade’s website. Furthermore, the company offers transparency to its customers with their virtual factory tour and, for example, by giving out information about their staff and production process.

CRKT, which is short for Columbia River Knife & Tool, was founded in 1994 in Oregon and is still located there today. Their work is based on a simple idea, which is that the most significant thing they can give their customers is confidence in hand. The company does produce a variety of tools and gear, but they have focused on providing all sorts of knives. They offer a wide range of knives from EDC folding and tactical knives over outdoor and hunting knives to multitools. CRKT works together with prominent designers and companies to steadily create new and better designs for their knives. That is why they have a wide selection of impressive designs for each category. Furthermore, the best tactical knives sold by CRKT are very affordable to the average customer and offer good quality. A perfect example is the CRKT M16 Special Forces Folding Knife, which stands out by its innovative design and functionality. 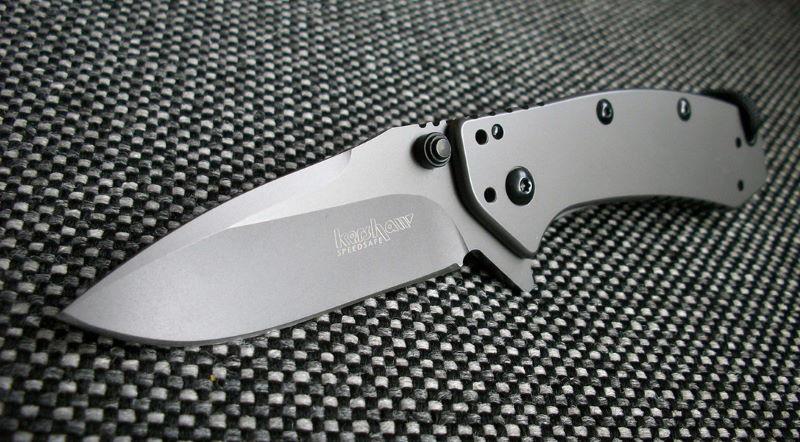 Kershaw Knives was founded in 1974 by Peter Kershaw, who previously worked for Gerber Gear. The company produces mainly fixed blade knives and EDC foldable knives as well as some gear and accessories. Kershaw offers a variety of different designs for their blades and handles, which often have a modern touch. Although most of their products are produced in China and only some in America, they are known for providing high-quality knives for a low budget, that find application in any situation. Kershaw is also known for working together with prominent knife designers such as Ernest Emerson, from Emerson Knives. Furthermore, most of the knives sold by Kershaw have the so-called SpeedSafe assisted opening deployment, which promises the customer a smooth one-handed opening.

Spyderco was founded in 1976 by Sal Glesser, a knife designer himself, and has its headquarters in Golden, Colorado. This company is a big deal in the history of knife production. They started by producing sharpeners and tools for jewelers and then became one of the biggest knife companies around the world. Their early knives are recognized by the leaf-shape form and the hole at the top of the blade, which is used to open the knife quickly and one-handedly, for example, the C01 Worker Spyderco from 1981. Spyderco was the first company to create new steels for their blades and is the first company to use powder metallurgy in their production process. Even today, with parts of their production located in China, the company is known for producing high-quality gear and knives of all sorts ranging from outdoor knives over EDC knives to kitchen supply. In addition to giving very detailed explanations to each of their knives, they offer discounts for military members, law enforcement, firefighters, and others.

Zero Tolerance Knives is a knife company founded in 2006 and based in Tualatin, Oregon. It is owned by the KAI GROUP, which also owns the knife company Kershaw Knives. Zero Tolerance knives stand out with their extremely high quality and impressive design. They offer knives of all sorts and have a variety of different models. All knives are exclusively produced in the USA with premium steel, attention to detail, and craftsmanship. Over the years, Zero Tolerance has won several prizes for their outstanding work in knife design and innovation. All of these remarkable craftsmanship and high-quality material does not come cheap, and the knives aim at customers with a large budget.

Buck Knives was founded in 1902 in San Diego California and, today, has its headquarter in Idaho. Hoyt Buck, the founder, was eager to discover a new way to temper steel that holds an edge for quite long. Buck Knives has started out producing simple hunting knives that were strong and reliable. These knives are still available today and sold under the 110 model. They may not look fancy or have extra functionalities, but their classic look is what often sets them apart from other knives. These knives are also made from one of the best worked 420HC steel in the industry which makes the blade last forever. Furthermore, the knives produced by Buck Knives almost exclusively use the back lock. The probably most important thing to know about Buck Knives is that they put a lifelong warranty on each of their knives. 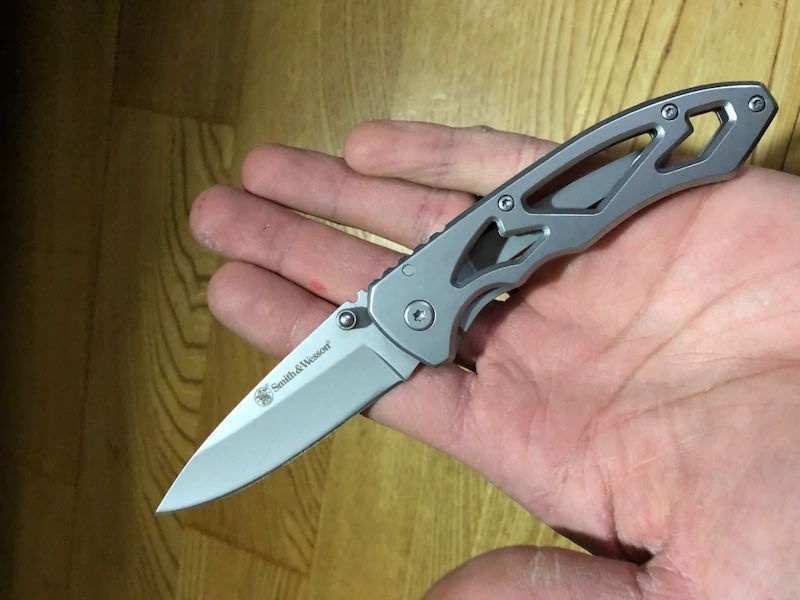 Smith & Wesson was founded by Horace Smith and Daniel B. Wesson in Connecticut in 1852. The company found success during the Civil War, where their guns were used. The company focuses on manufacturing different types of firearms, ammunition, and restraints, but they also offer gear, tools, and knives. Their knife production focuses on the average size folding and fixed blade tactical knives. They offer good quality knives at an affordable price as their knives are produced mainly in China. Most of their knives have a partially serrated edge and are meant to be used in survival situations.

Opinel is a french knife-making company founded by Joseph Opinel in 1890 in Savoie, France. Opinel started as a family company producing reliable but straightforward knives. They became more popular over time and became known for their unique designed farmer’s knife. Nowadays, they still sell the same unique knife in different variations, which is used for camping, fishing, and other outdoor activities.

Furthermore, they offer other products and types of knives, such as kitchen knives, multitools, and gardening tools. Their low priced knives are not the highest quality, but they are very reliable and robust. Therefore, it is no big deal if you break or lose one. The blades are made of good quality stainless or carbon steel, and their handle is typically made of wood. 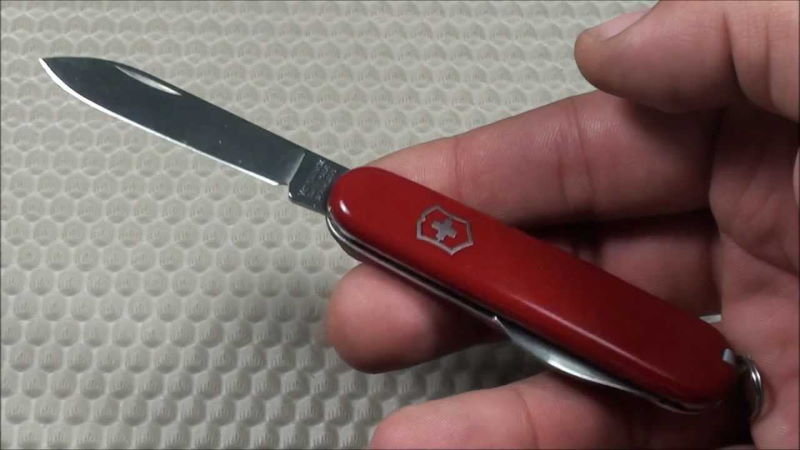 Victorinox is a Swiss knife making company founded in 1884 and has, ever since, stood out by their multitool knives and various designs. In 2005, Victorinox acquired the only other Swiss knife company, Wenger, making them the biggest pocket knife producers in the world. The company produces a variety of tools and gadgets for everyday use, but they are most famous for their Swiss Army knife. This knife is the official knife of the Swiss army and has made Victorinox famous around the world.

These multitool knives are small and efficiently designed pocket knives, that usually consists of two straight blades and other additional features, such as a serrated blade, a scissor, bottle opener, and many more useful items. Some of their knives have so many extras that they almost do not fit into your pocket anymore. However, with their wide range of products, everybody can find the right multitool knife for their situation. Also, Victorinox’s products are of high quality and are always the right choice.

Before Earnest Emerson founded his company Emerson Knives in 1996, he was a well-known knife designer. After designing one of his most famous knives, the CQC 7, he decided to start his knife brand in Los Angeles. This exceptional knife was carried by a Navy Seal during the mission to kill Osama Bin Laden, and it was later auctioned and sold at a high price.

Ever since the company started in 1996, they produced very high-quality knives as well as other gear and custom made knives.

Emerson has also worked together with other knife companies to design and create extraordinary knives. They worked for the Navy Seals to develop knives that could be used in any extreme situation. All knives by this company are made in the United States.