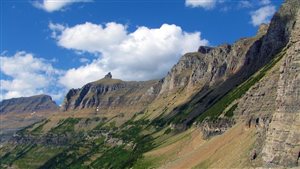 This hiking trail is popularly known as the Continental Divide National Scenic Trail. It measures approximately 3,100 miles. It provides scenic, primitive, and high quality hiking experience. It extends between Mexico and Canada, passing through landscapes that are mainly public land.

It dates back to 1978. It is classified under the National Landscape Conservation System. Most regulars would feel like torture, travelling all those miles with a backpack. However, hiking enthusiasts will agree that the continental divide trail is a challenge that is worth every mile covered. It is one of the most beautiful hiking trails. It weaves through the states of New Mexico, Colorado, Wyoming, Idaho, and Montana. It also passes through several wilderness areas, national forests, state lands, BLM lands, including three national parks – Yellowstone, Glacier, as well as Rocky Mountain. 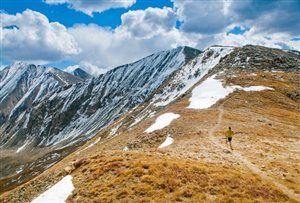 Since its designation by senate as a National Scenic Trail in 1978, more than 70% of the trail has been routed and marked by now. The remaining section of the trail passes through dirt and paved roads. It is managed by the Continental Divide Trail Association, who are planning to relocate the remaining sections from the roads to suitable wilderness paths at the right time.

This hiking trail in New Mexico is about 1,100 kilometers long. It is very hard to find clean water in some portions. You might be lucky enough to water caches, placed strategically along the trail by local volunteer groups. The trail in New Mexico is divided into three termini. These are the Crazy Cook Monument, the Antelope Wells, and the New Columbus. All of them are located in New Mexico.

The most commonly recognized finishing or starting point is the Crazy Cook Monument. However, due to its remoteness and lack of lodging facilities, the Columbus terminus is considered as a viable alternative, whether you are starting or finishing. It is situated approximately three miles from International Port of Entry. Columbus is a small village where you can access several amenities like a gas station, two classy hotels, small cafes, a post office, grocery stores, financial institutions, and a mechanic. 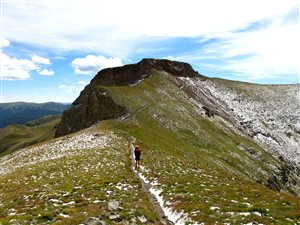 From the official southern terminus at Crazy Cook Monument, the trail starts as a cross-country path. Surveying of the official route up to Lordsburg will be done at a future date, following this path. From Columbus, the trail follows a dirty road all the way to Lordsburg.

Notable points to check out include:

The Continental Divide Trail passes through some of the wildest and highest mountains in Colorado. The trail is well marked in most areas. It coincides with the Colorado Trail for around 320 km. The trail then weaves through Colorado at higher altitudes, approximately 650 miles. Depending on the hiker’s personal schedule and the yearly snow packs, alternative paths are available. 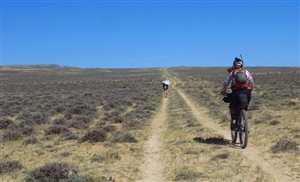 A good example is the Creed Cut-off that was done on the San Juan Mountains to avoid unfavorable weather and persistent snow. The location of the route makes it easy to access Colorado’s 14,000 foot peaks. Some sections of this hiking trail in Colorado are not distinctively marked or named. Some sections passing through the wilderness in Colorado are very remote.

Other points of interest:

The terrains in Wyoming are the most diverse compared to the other four. It comprises of hiking through large sections of range-land, across the middle of the state. This is commonly referred as the Great Divide Basin. Once you reach the Great Divide Basin, you should decide on a route, since this section of the trail tends to form an endorheic basin. 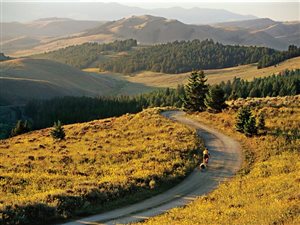 It is advisable to cut through the middle of the basin, however, water is scarce, for most parts of the year. Towards the north of Wyoming, the trail passes through the Wind River Range followed by the Absaroka Range, in the northwest section of the state. The last section is at the Yellowstone National Park, where it passes through Old Faithful, before entering Idaho.

Once it leaves the Yellowstone National Park, the trail then passes through the Centennial Mountains. Hiking for a hundred miles or so, the trail follows the Continental Divide. This also forms the boundary between Montana and Idaho. The trail then diverts east, passing through the Anaconda Mountain Range, then to Butte Montana. 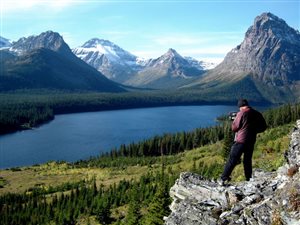 Hikers are informed in advance to expect rattlesnakes. They might also encounter bears and wolves. Towards the southern portions of this trail, you might encounter drug runners and undocumented aliens. Although the US Border Patrol understands that hiking takes place in the area, you will be expected to produce identification.

Other things to keep in mind:

Whether you want to get challenge yourself in the wilderness or you simply want to take a few days off from your job, there are many reasons why you should check out this route. Very few people manage to hike through this trail every year, therefore, challenge yourself and discover one of North America’s greatest treasures. Just make sure to bring good hiking boots (check out my men’s page and my women’s page).